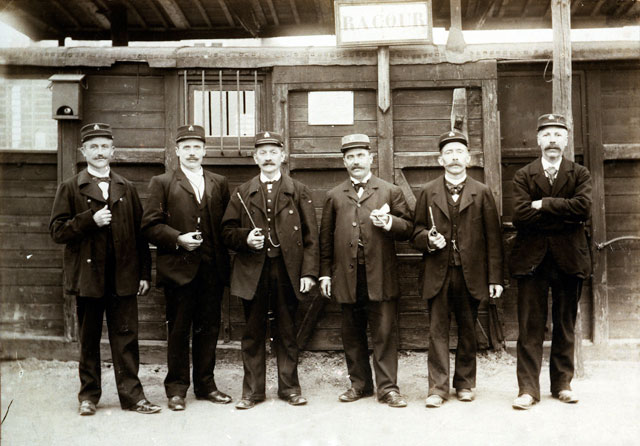 In the past a train station, now a holiday resort!

The building’s architecture is typical of train stations built during the years of 1900 and is classified into three parts.

The central block consists of the residential building with two floors, which was inhabited by the “garde- barrière” – a woman, who opened and closed the barrier manually.

In the two more low-ceiling wings on each side of the main building the waiting rooms, the counters, the sanitation and the workshop were situated.

When they stopped the train service on the railway no 147, the Belgium government sold the train station of Racour.

Since 1988 the present residents refurbished the entire building and they decided to designate it as listed monument.

Due to the rearrangement of the so called “RAVel”, a signposted biking paths network allows bikers and walkers to discover the beautiful region via the old road beds and to make a halt at the station building of Racour.

You’ll find the complete story of the railway no 147 and the history of the train station of Racour at this link.